The first week of August brought another completed window, this time from Bonnie. We had difficulty picking a border but in the end all those rejected choices brought us to this decision: Make a thin border and then make a second border in the same color of the background. And as you can see by her completed window it worked. 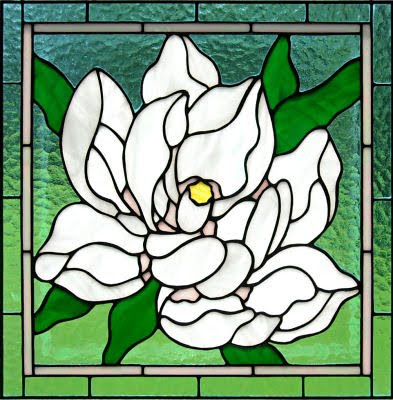 Michele got all of her background cut and wrapped. That means that she'll be tacking her window together and then adding the final border to it. She'll be soldering this one soon.

Meanwhile, Lisa got all her soldering completed on her first window and then started on her second one. These will be finished next week without a doubt.

Roxie is also doing a pair of windows. She has one all almost completely tacked together and she's taking the other home to wrap so she can begin soldering in her next class. 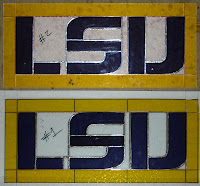 Patty's Sports De Lis window is really taking shape here. She has it tacked together and will fill in her missing pieces and her background when she returns. 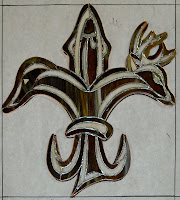 Look, it's another Sports De Lis window! Grace has half of hers ground now the rack on the deer is the hardest section of this window so she may be grinding a lot next week. 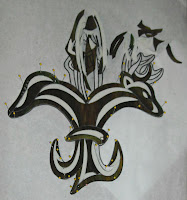 And Janice is just moving right along with her final window. She only needs a few pieces in her background which will then lead to the final border. As I said, she moves quickly on these windows! 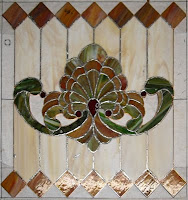 That about wraps things up. Look for another post shortly.