Janice has finished the first window in her second series of panels. Here's a look at the finished project and then below it I have arranged all her windows to show you the pattern they will form on top pf her house. She'll complete the soldering on her second window at home and next week she plans on working on more windows using her first pattern again. She's got quite a few of these to do and wants to split them up so that she's not always working on the same thing over and over. 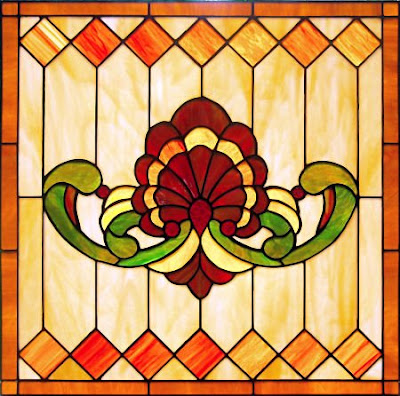 Here is the pattern arrangement that you'll see on the front of her house:

Gerald was in tonight and got all the leaves cut and ground on his large Iris window. This will be going in a front door and is about 5 feet tall.

Grace has finished cutting all the geometrical pieces of her window and had to decide on a color for her background. After much contemplation she decided to go with 2 different textures of gray glass. She's begun tracing out the pattern pieces onto the glass and will start cutting that next week. 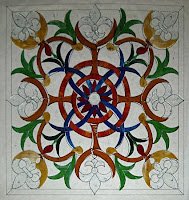 Michael is back and she's made GREAT strides on her window now. She had the background and all the diamonds at home with her and I had forgotten just how far along she was to finishing this. She's been out with a bout of pneumonia but she's back back in action and ready for the world again now. 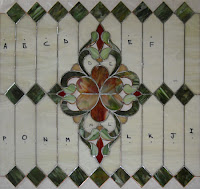 That about wraps it up for this week.

We're going to take a minute here to say congratulations to Janice having learned that she's going to be a grandmother again! That would make Grace an Aunt again so maybe we'll call her Aunty Grace from here on out. :-)

Speaking of Grace, let's see how her window is coming out. She's added a lot of color this week and I think it's looking GREAT! She'll be cutting her background glass soon and after that it will be a quick pass through the grinder. I like this pattern more and more as Grace gets closer to finishing it. 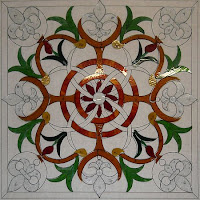 Meanwhile Janice got her second window ready for its final soldering. I'm not sure what windows she'll begin working on next but it will either be another one of these or she'll go back to the pattern she did before this one. Soon we'll get a look at this with some light behind it which gives it a completely different look. 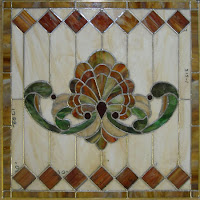 Cheryl has finished cutting all her glass on her Peacock window. Her final border is a medium blue glass with a heavy ripple texture. Once again, I can't wait to see this one with some light behind it!

Russ began working on this cat window and has it almost completely cut out now. All it needs are eyes and a border before he starts grinding it. 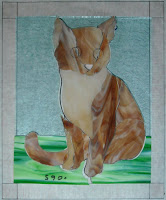 Work is finally progressing on the new look and feel of our website. Expect to see some changes which bring it more up to date with new pictures in the galleries soon. I'll be honest here and admit that posting this announcement helps push me along with it. :-)

Late again so there will be another update here tomorrow to bring us all up to dat. :-)

Paul finished his Candle-Holder and this turned out to be one of the rare times that finishing a project during night class didn't result in a sub-par picture. We put a candle in it, turned out the lights and snapped this picture. Paul did a GREAT job and contrary to what he might believe, I didn't help very much at all unless you consider guidance to be excessive help. :-) 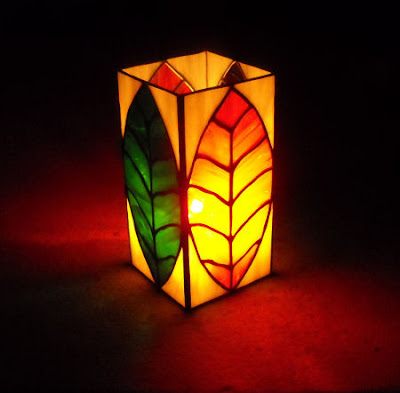 I threw this box together quickly during day class to show just how quick and simple something like this can be done. There's not much to it but boy does it sparkle. We already have a number of students interested in making a few of these for gifts... 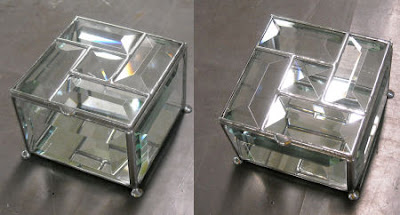 Janice is just about home free with her latest window. All this needs is a border and some solder and it's a wrap! Speaking of wrapping, she still needs to wrap the little triangles on the top and bottom before we cut the border. But that shouldn't take long at all. 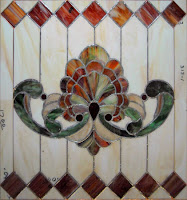 Grace continued cutting glass on her Geometric-Fleur De Lis window. She wants this to be colorful and I really like how it's turning out. 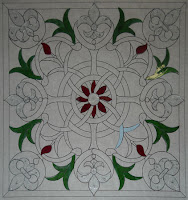 Christine cut this humming bird and flower and then ground it during day class. All it needs is a beak and this will be ready to go.

Cheryl got more work done on the final border of her Peacock window. It looks like there's only 12 pieces and some zinc channel to add to this before she can aply the finishing solder job. I have no doubt that will be finished during her next class (largely because I'm writing this a week late and I know what she got accomplished in her next class!)

And lastly we have Denise's latest project. She came in hoping to repair a cracked piece in her Bear and Moon window but we didn't have a matching piece of glass so she jumped ahead to her next project which is a frame for a baby picture. I added the picture of the baby so you could get the full effect. Without the baby in it the picture looked a little skimpy and you really couldn't see what was going on. 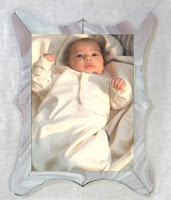 Well, I know what happened in the next class already and all I'm going to say is to make sure you check back here tomorrow and see just how far along so many projects have come. It's amazing! 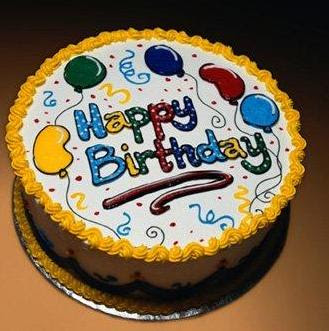 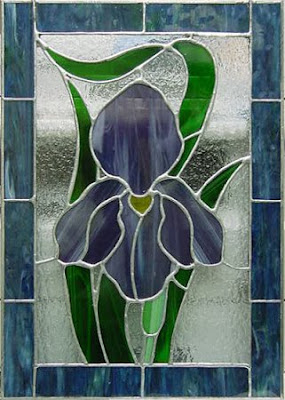 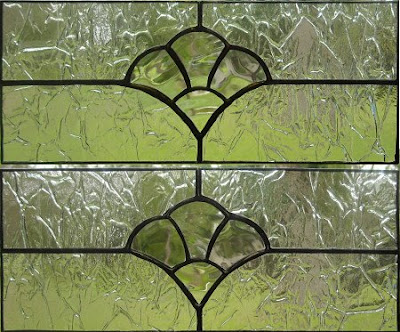 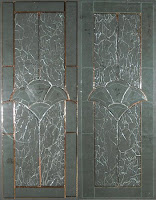 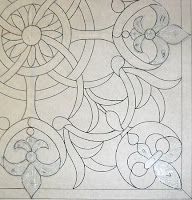 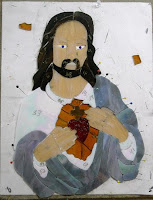 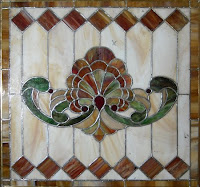 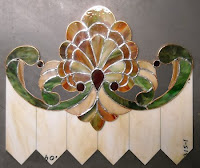