It was Fat Tuesday and just about all our students decided that they'd rather spend their time off having fun rather than slaving away working on stained glass. Patty and Roxie had the same idea but by the time Thursday night rolled around they were ready get back to the old glass cutter and grinder. Since they were both going to be finishing projects you just know that they'd be eager to come in.

As you can see, Patty managed to attach the final border to her address window (she had taken the pieces home with her to wrap during the week) and then set to work on soldering her project. At the end of the night she took this home where she will display it proudly in the front of her house for all to see. Especially the mailman! 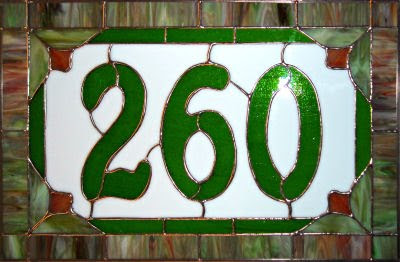 And on the other side of the table we had Roxie working on the 1st of her four Oil Scopes. And I have to say that it's one of the nicest looking Oil Scopes I've ever seen. This is the first time we've had any of this glass which is aptly named 'New Orleans' and Roxie is the first to use it. It certainly makes for a vibrant Kaleidoscope. With 3 more lined up to be made Roxie will be busy knocking these out over the next 2 weeks. 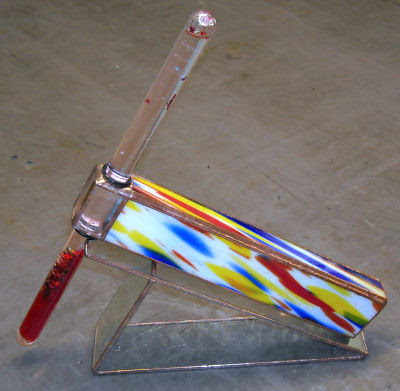 And that was it for Mardi Gras week. Although not much may have happened we still managed to get 2 completed projects and a foot well in the door for 3 others on down the line.