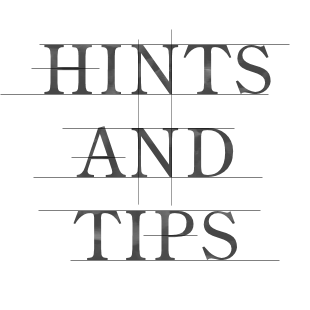 Each week I see too many people using their Breaker/Grozier Pliers incorrectly which leads to their break not following the score line.  In the picture below the score of the cutter runs along the curved black line.  This should be easy to separate  because it follows the 3 to 1 curve rule, however the pliers are incorrectly placed which will greatly increase the likelihood of the piece breaking.   Never position your pliers in the center of a curve! 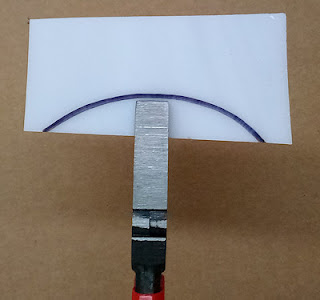 Always position your pliers at either end of the score that you made with your cutter as shown below. 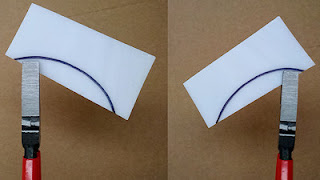 When you position your pliers in the center of the curve  the glass has to break in two directions at once.  On a straight cut you could succeed with that method but on a curve you'll probably lose one or both the the points at the ends of the score line.  Even with a straight line it's most desirable to start at the edge of the glass.   Always position your pliers where you started your score line.  If it doesn't separate then try from the other end.  If it still won't break it's  most certainly a bad cut that needs to be redone.

The moral of this Hints and Tips post is simple:   Never position your pliers in the center of a curve!

Email ThisBlogThis!Share to TwitterShare to FacebookShare to Pinterest
Labels: Hints and Tips